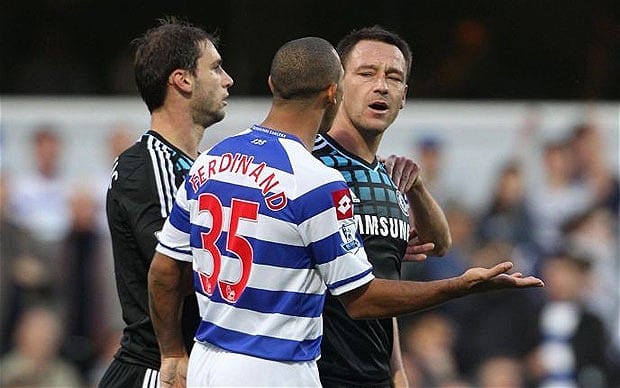 Andre Villas-Boas, the Chelsea manager, has no reservations about exposing John Terry to the near certainty of a volatile and ugly atmosphere at Loftus Road for their FA Cup tie against QPR later this month.

The match comes just three days before Terry is due to appear in court over the allegation that he racially abused Anton Ferdinand, the QPR defender, on his previous visit to Loftus Road last October.

Terry has strenuously denied the allegation and has made it clear that he wants to play in the match. Ferdinand has also made himself available, with all eyes certain to be on both players when the two teams line-up for the traditional pre-match handshake.