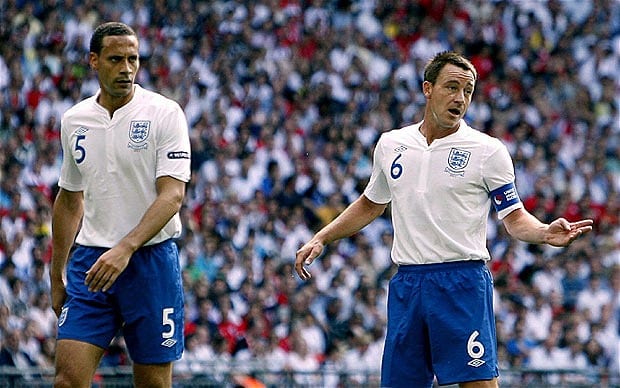 Yes, Hodgson wants the One England Captain. And he leaves Plug at home.

He wants Cahill with Terry & Cole. Three European Champions in England’s back four.

Capello was sacked ‘cos he wanted Terry. The FA have egg on their faces. Hodgson wants him. What’s the other option? Gerrard?! Fkk off. He’s always injured. We won’t see him again after the Euros. Who else is there? Shrek?

Cahill will be the next England Captain after just a few caps, I’d say.

Roy Hodgson insisted on Wednesday that he had no moral issue selecting John Terry for Euro 2012 and that Rio Ferdinand was omitted for purely “footballing reasons” as he felt he had better options in Terry, Phil Jones, Gary Cahill and Joleon Lescott.