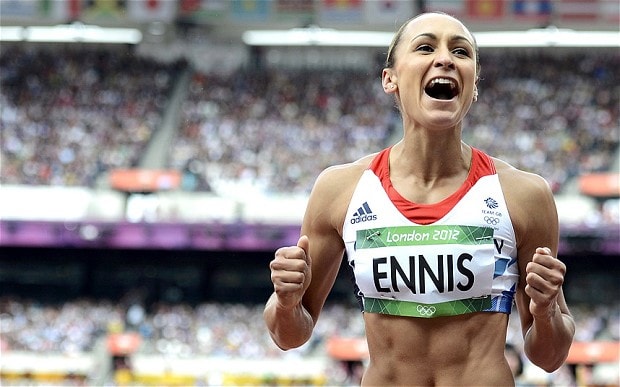 In a dramatic night that electrified the crowd in the Olympic stadium, Jessica Ennis won the heptathlon by smashing the opposition in the 800 metres, then 20 minutes later Greg Rutherford won the long jump. As the crowd celebrated Mo Farah took gold in the 10,000m. It was the greatest day in British Olympic history since 1908, with the three athletics gold medals coming after two golds in rowing and one in cycling, as well as two world records.

But it was the unforgettable minutes when the three athletics golds were won that will define the day.