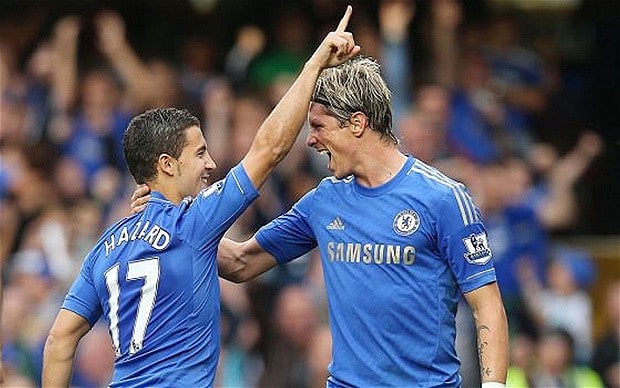 Read a full match report of the Premier League game between Chelsea and Newcastle United at Stamford Bridge on Saturday Aug 25, 2012.

Chelsea reached paradise when they won the Champions League last season; now they have found this other Eden. Eden Hazard, the £35 million play-maker has already turned the Premier League into his play-ground.

Still just 21, he’s no apprentice but a fully-fledged sorcerer – and one conjuring up a form of magic that is getting the best out of the one Chelsea player to cost more than him: £45 million Fernando Torres, at last, is playing well and playing confidently.

Torres scored, also, a goal of rare quality as Chelsea swept aside Newcastle United to resume the summit of the Premier League with a three-point advantage earned from having played an extra fixture. The pretence of manager Roberto Di Matteo that they should not be regarded as title contenders has been rightly exposed although while Chelsea will create chances they will also concede them.

Newcastle are no slouches and lesser teams would have crumbled but this Chelsea play at double-time with Hazard scoring his first goal for the club, a penalty, to add to the six assists he has already registered.