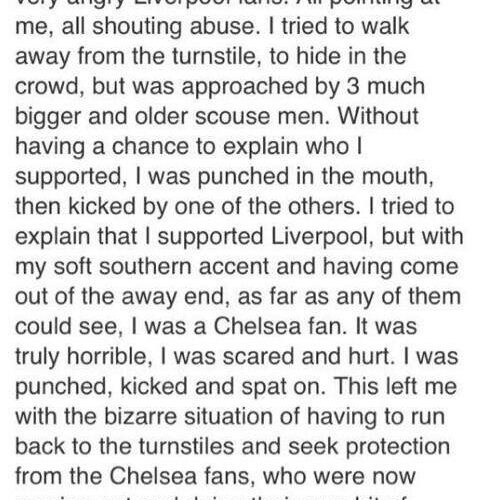 Here’s a snippet to follow up on the Merseyide official response regarding the Chelsea supporters who spat on the memorial. As if that would happen, anyway.

But here is a Liverpool supporter’s account of him leaving Anfield. He had got a ticket for our end, so appeared to be a Chelsea supporter to the hoards of waiting scouse scum as he left. 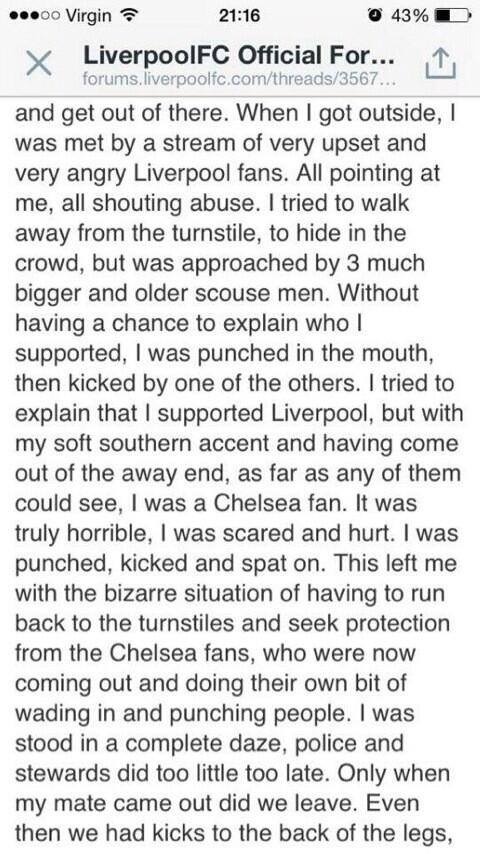