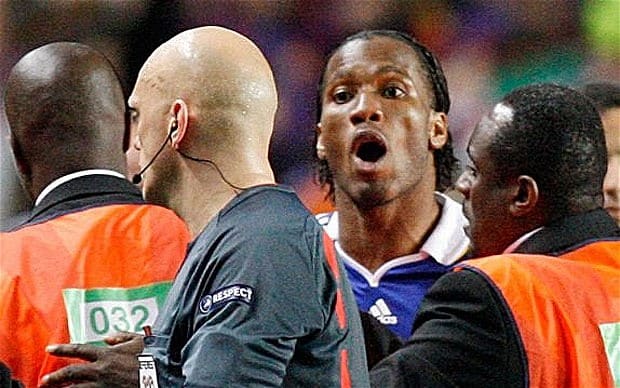 That useless knt of a ref in that Barca game admits he was wrong.

Shame how that game turned out, what with the last min away goal equaliser and all that, as we’d have slaughtred the mediocre mancs in the final that year.

Tom Henning Ovrebo, the referee who became the focus for Chelsea fury after their 2009 Champions League defeat against Barcelona, has admitted that he still receives abusive emails from fans of the London club.

The Norwegian official turned down a series of Chelsea penalty appeals before Andres Iniesta scored with virtually the last kick of the match to seal Barcelona’s place in the final.

Ovrebo, 45, was even subjected to death threats after the match and, although he stopped refereeing internationally in 2010, he still continues to be reminded of the controversy.

He said the abuse “has lasted and I get about three to four emails [from Chelsea supporters] a year.

“It is not nice but nothing too serious, either. I don’t let it upset me or my family.

“They do not know much about it as I do not show them the emails.

“Looking back there are certainly things I would have done differently.